CH, a happy, healthy, energetic 5 year old boy bounced his way into the examination room. His mother had no concerns about his vision as he can spot an airplane from the ground that is miles in the sky. He does not show any problems with vision, does not seem to hold materials closely, does not get close to the television, does not rub his eyes or close one eye. CH had no complaints about the way he sees. CH was not learning his letters and numbers as easily as his older sister did but that was chalked up to him “just being a boy”.

In the state of Illinois a child must have a comprehensive eye examination from an eye doctor before entering Kindergarten.  This law is a great way to catch children early who may have vision problems that may go undiagnosed otherwise.

Thankfully the majority of children that are seen for their Kindergarten examination pass with flying colors and are deemed visually ready for the demands of school. Then there is the 1 in 10 child where a vision issue is discovered. 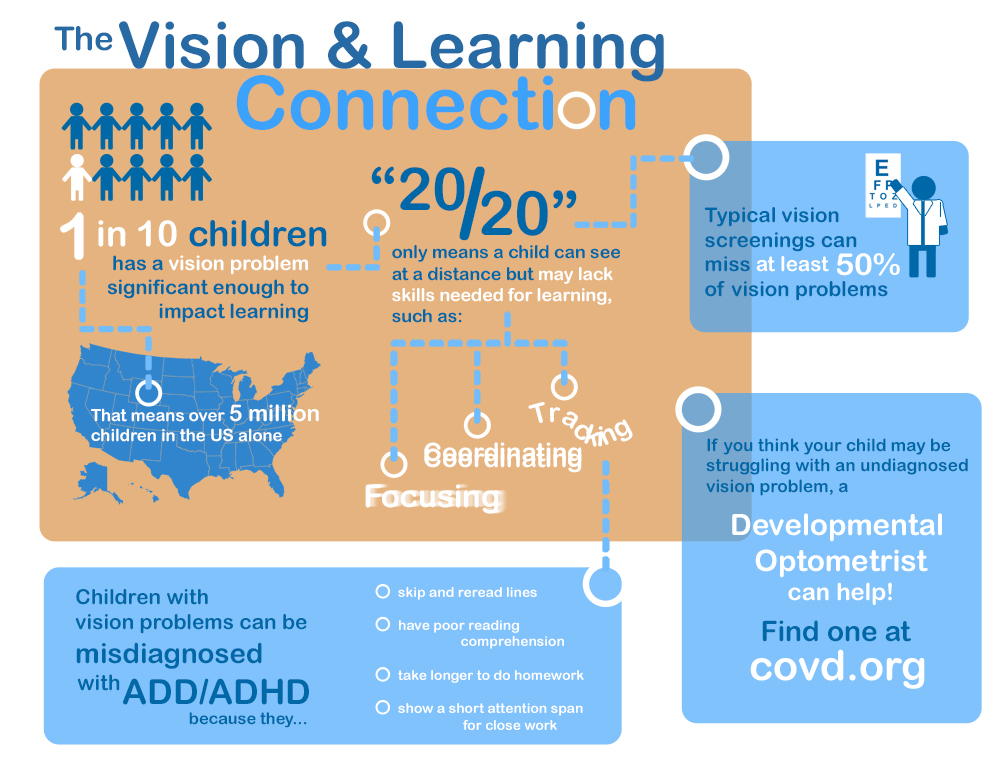 Back to CH, his visual acuity told a different story than what we would have thought based on his asymptomatic history. Visual acuity is the measure of the smallest letter that a person can see and it is measured at far and near distances. CH’s visual acuity was reduced by 4 times what he is expected to see. CH measured as having significant farsightedness that makes it much more difficult to focus on details. The simulation below from eyedock.com gives you an idea how CH sees the world.

You would expect that seeing this poorly would bother someone and cause symptoms but the truth is that when a child develops with poor vision it is incredible how they learn to adapt. CH’s world was normally in a fog and he learned how to deal with it since early childhood. How he sees is normal to him. While he could identify an airplane moving in the sky it was much harder for him to consistently learn his letters and numbers. This is not a surprise as certain amounts of farsightedness has been shown to be associated with delayed learning.

CH was prescribed his first pair of glasses. There is little doubt that the prescription will help CH catch up to his peers with learning letters, numbers and eventually as he learns how to read.  Children are amazingly flexible and adaptable to their environment. Sometimes it takes an advocate such as a parent or eye doctor to help unlock their future potential!

About The Editorial Team

Park Ridge Vision is dedicated to keeping up with the latest developments in the vision care industry and look forward to sharing them here. Check back soon!